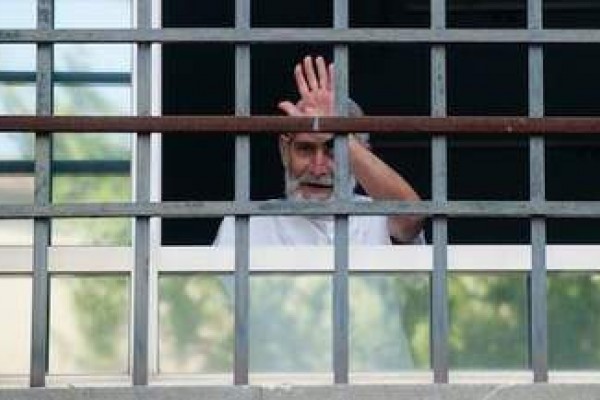 Hundreds of former Basque political prisoners have taken the initiative to back the return home of those imprisoned and on the run, also through judicial and legal ways. They commented on the importance of the declaration of the EPPK from December 2013. “The way is moving. The moment has come to also specify the forms and steps”, they said.

In an act that is presumed to be massive, this Sunday, 15th March 2016, at 11 am in the sports centre of Usurbil, they will make known the initiative of a numerous group of former Basque political prisoners who seek to prepare the path for the resolution of this subject. Their action has been building through conferences and meetings, and their philosophy is resumed in a manifesto that will be presented that day and that is gathering hundreds of adhesions.

In the draft that GARA has had access to, it is very clear backed on the declaration of the EPPK (emitted in December of 2013) which opened the door to the use of legal ways and courses, in a scaled process and based on individual petitions, with the end of achieving releases from prison. They award it great importance and in consequence they advocate for advancing on it with conviction.

“The path for the return home of Basque prisoners and refugees is on the move. The moment has come to also specify the forms and steps”, reads the text.

These people, who are connected by having spent time in prison in the past decades due to the political conflict, consider that it is necessary to end the situation of “generalized lack of definition” provoked around this subject, and that contributes to the deadlock of the problem as well as producing evident internal tensions.

The initiative has, therefore, its main objective in supporting this decision of the EPPK which translates into individual actions before the penitentiary institutions and courts with the only limits marked by the collective of prisoners, that of “repenting and denunciation”. But it also brings with it the desire to fill the open spaces left that are esteemed in aspects such as the social support for this way, explainable in part by the successive police operations against the Herrira movement, the mediation group of the EPPK, lawyers, Jaiki Hadi…

Together with that they also want to foment the political implication and practice of those who have been in prison and for this reason signify an important reference to the nearly 400 currently imprisoned and for those who continue in exile.

Here they include that which took place this past 18 February in Donostia with the participation of the former Irish prisoners Martina Anderson and Paul Kavanaugh, of which GARA amply covered. After offering data such as how they produced the prisoner releases in Ireland and the role that the prisoner played, and play, in the current process on the streets, they encouraged action because “nothing ever happens waiting. The conditions are never ideal, the desire exists, of course, but if there is any mechanism for this to go faster, you must analyse it”, they brought up.

On the other hand, at the level of the country they have been carrying out meetings with former prisoners which culminated last week with large events in Gasteiz, Iruñea, Bilbao, Donostia and Bayonne.

In all of them they covered the necessity of becoming implicated ideologically, politically and mobilizing in favour of their comrades still imprisoned and refugees, socializing the decisions already taken and even to taking the side of the EPPK and the EIPK by expressly supporting them.

Not as a political agent

The promoters of this initiative don’t aspire to convert themselves in any kind of political agent. They situate their contribution from a personal standpoint “and as part of a collective that continues identifying their activism and contribution inside of the Abertzale Left”.

The people united in this initiative which will see the light of day in Usurbil express themselves certain of that “we have something to say and something to do” for a subject where a solution is still pending and that only appears on the political agenda and in that of society at certain times.

The Basque Country (Euskal Herria) is divided in two states and three main institutional bodies: The Basque Autonomous Community, CAV, and Foral Community of Navarre, CFN, in the Spanish State and in part of the 64th Department (Pyrénées-Atlantiques) of the French state. The Basque Country covers 20.947 km2 and counted in 2010 with a population of 3.106.000 people.

The permanent denial of the Basque Country by France and Spain has encountered varied forms of response and national self-affirmation. The answer ranged from collective disobedience to an armed response to Spanish and French structural violence. In this context, the political conflict has adopted forms of open and bloody confrontation for generations. Since 1959 ETA, put up and armed struggle for Independence and Socialism for the Basque Country.

After more than 50 years of armed confrontation and 3 collapsed peace processes, (Algiers ’89, Lizarra-Garazi ’99 and Loiola ’07) the Abertzale Left decided to start a unilateral process in 2009 to achieve a lasting and just peace.

As a result of this decision ETA declared a ceasefire and later on announced the definitive cessation of its armed activity. This process has been supported by Basque Society and International agents.

On the one hand Basque Society has supported the process; on the last  elections the pro-independence left coalitions (Bildu, Amaiur and EH Bildu) have obtained over 25% of the votes becoming the second political party and there have been huge demonstrations against repression and for Basque Political Prisoners’s Rights (130.000 people in Bilbao, January 2014)

On the 17th October 2011 Kofi Annan, Gro Harlem Bruntland, Bertie Ahern, Gerry Adams, Pierre Joxe and Jonathan Powell, presented the Aiete Declaration that was subsequently endorsed by Tony Blair, Jimmy Carter and George Mitchell. The Declaration made 4 recommendations for the resolution of the conflict.

The Spanish and French governments have refused to enter any kind of dialogue with ETA about the consequences of the conflict and have tried to block and hinder the process by putting pressure on the prisoners and persecuting solidarity initiatives and political activists.

The Spanish and French states have even refused any kind of dialogue to deal with ETA’s disarmament, despite ETA’s clear willingness on that sense.

However Basque society has kept supporting the process and on the last Elections on the Basque Autonomous Community (October ’12) EH Bildu obtained 21 seats out of 75 while the Spanish Conservative PP only obtained 10.

Civil Society initiatives as the Social Forum organised in March 2013 and June 2014 and its recommendations open a new way forward to overcome the blockade.