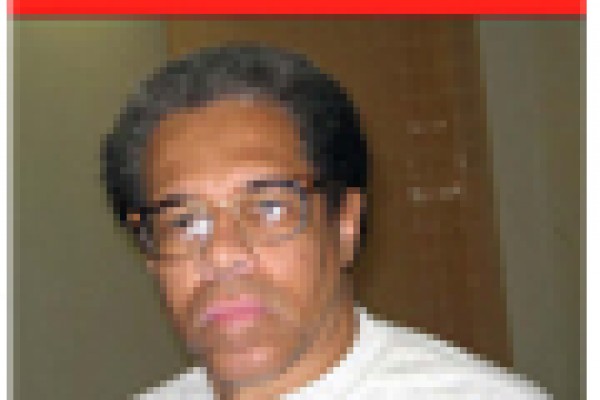 Albert Woodfox, the last remaining member of the Angola 3 still behind bars, was released from prison 43 years and 10 months after he was first put in a 6x9 foot solitary cell for a crime he did not commit. After decades of costly litigation, Louisiana State officials have at last acted in the interest of justice and reached an agreement that brings a long overdue end to this nightmare. Albert has maintained his innocence at every step, and today, on his 69th birthday, he will finally begin a new phase of his life as a free man.

In anticipation of his release, Albert thanked his many supporters and added: "Although I was looking forward to proving my innocence at a new trial, concerns about my health and my age have caused me to resolve this case now and obtain my release with this no-contest plea to lesser charges.  I hope the events of today will bring closure to many."

Over the course of the past four decades, Albert's conviction was overturned three separate times for a host of constitutional violations including prosecutorial misconduct, inadequate defense, racial discrimination in the selection of the grand jury foreperson, and suppression of exculpatory evidence. On June 8th, 2015, Federal Judge James Brady ordered Albert's immediate release and barred the State from retrying Albert, an extraordinary ruling that he called "the only just remedy." A divided panel of the 5th Circuit Court of appeals reversed that order in November with the dissenting Judge arguing that "If ever a case justifiably could be considered to present 'exceptional circumstances' barring re-prosecution, this is that case." That ruling was on appeal to the U.S. Supreme Court when news of his release broke.

On behalf of the Angola 3 - Albert Woodfox, Robert King, and in memory of Herman Wallace - we would like to sincerely thank all the organizations, activists, artists, legal experts, and other individuals who have so graciously given their time and talent to the Angola 3's extraordinary struggle for justice. This victory belongs to all of us and should motivate us to stand up and demand even more fervently that long-term solitary confinement be abolished, and all the innocent and wrongfully incarcerated be freed.

For more information about the Angola 3, visit angola3.org.

STATEMENT FROM THE LAWYERS

February 19, 2016, West Feliciana, LA -- Albert Woodfox, who spent more time in solitary confinement than any prisoner in U.S. history, will be released this afternoon from custody after more than four decades in the Louisiana prison system. Mr. Woodfox, who turned 69 today, continues to maintain his innocence for the murder that sent him to solitary confinement for more than four decades. He pled no contest to two lesser crimes before being set free.

"I want to thank my brother Michael for sticking with me all these years, and Robert King, who wrongly spent nearly 30 years in solitary.  I could not have survived without their courageous support, along with the support of my dear friend Herman Wallace, who passed away in 2013," said Mr. Woodfox.  "I also wish to thank the many members of the International Coalition to Free the Angola 3, Amnesty International, and the Roddick Foundation, all of whom supported me through this long struggle.   Lastly, I thank William Sothern, Rob McDuff and my lawyers at Squire Patton Boggs and Sanford Heisler Kimpel for never giving up.  Although I was looking forward to proving my innocence at a new trial, concerns about my health and my age have caused me to resolve this case now and obtain my release with this no-contest plea to lesser charges.  I hope the events of today will bring closure to many."

"Although we are overjoyed that Albert Woodfox is finally free, it is indefensible he was forced to endure decade after decade in harsh solitary confinement conditions, longer than any prisoner in the history of the United States," stated George Kendall, attorney with Squire Patton Boggs, LLP.  "Albert survived the extreme and cruel punishment of 40 plus years in solitary confinement only because of his extraordinary strength and character.  These inhumane practices must stop. We hope the Louisiana Department of Corrections will reform and greatly limit its use of solitary confinement as have an increasing number of jurisdictions around the country."

Mr. Woodfox and Mr. King, along with Mr. Wallace, brought a civil lawsuit in 2000, challenging the constitutionality of the State of Louisiana's use of indefinite solitary confinement.  Mr. Woodfox and Mr. King confirmed that a primary goal of the ongoing litigation is to help bring light to the fact that there is no penological justification for how the State of Louisiana currently uses solitary confinement and to create incentives for reform.  As Mr. Woodfox explained, "I can now direct all my efforts to ending the barbarous use of solitary confinement and will continue my work on that issue here in the free world."

Their case, which is pending, is supported by extensive reports from two nationally-recognized corrections experts.  Those most recent experts' reports, from 2015, are publicly available and include extensive detail about the State system's failings (http://bit.ly/1PUqjiG; http://bit.ly/1oNAfUv).  As a federal judge wrote, the extreme length of Mr. Wallace's and Mr. Woodfox's solitary confinement was "so far beyond the pale that this Court has not found anything even remotely comparable in the annals of American jurisprudence."  See Wilkerson v. Stalder, No. 00-304 (M.D. La. Feb. 1, 2005) (Doc. No. 105 at 21).

"It is past time for our nation to leave behind its shameful legacy of being one of the only developed countries in the world that still relies so heavily on the outdated and ineffective corrections practice of indefinite solitary confinement," commented Katherine Kimpel, partner at Sanford Heisler Kimpel, LLP. "That Albert Woodfox served over four decades in solitary confinement shocks the conscience and is a national embarrassment.  We should take advantage of the growing national consensus regarding corrections reform to ensure that, if our society were to be judged by entering our prisons, we would not be found lacking."

Attorneys for Mr. Woodfox said he will now be able to receive the medical attention he desperately needs.

In 1972, Brent Miller, a young, white guard at Angola prison, was killed. At a time when Angola prison was highly racially polarized, investigators eventually honed in on four suspects who were politically active Black Panthers.  Albert Woodfox and Herman Wallace were two of those men.  No forensic or physical evidence linked Mr. Woodfox or Mr. Wallace to the crime, the fingerprints found at the scene, or the bloody knife found nearby. Several alibi witnesses placed both men in different parts of the prison and away from the scene of the crime at the time of the murder.

Mr. Woodfox was originally convicted in 1973 of the murder solely on the testimony of three inmate witnesses.

However, as Mr. Woodfox learned decades after his original trial, these inmates were provided attractive incentives by the prison officials for their testimony, including promises of improved housing and a pardon.  State officials also suppressed inconsistent statements by these witnesses.

Eventually, Mr. Woodfox's 1973 conviction was overturned because of discrimination in the selection of the grand jury that indicted him.  He was retried in 1998.  Despite the fact that two of the State's three inmate witnesses had died, and despite the fact that they never were adequately cross-examined because of evidence hidden by prison officials, their transcripts from the prior trial were admitted into evidence and Mr. Woodfox was again convicted.

After many years of appeals, his 1998 conviction was set aside in later 2014 and he was recharged in 2015.  His lawyers waged a vigorous campaign to exclude from any new trial the prior testimony of the deceased witnesses who never were adequately cross-examined.  However, both the trial judge and the First Circuit Court of Appeal in Louisiana denied those motions, meaning that the prior statements would again be used against Mr. Woodfox at a new trial.

Although Mr. Woodfox and his legal team remained optimistic about the possibility for an acquittal at a new trial, concerns about Mr. Woodfox's health mounted as he approached his 69th birthday. Mr. Woodfox decided to bring the case to a conclusion with today's action. His plea of "nolo contendere" or "no contest" to two lesser charges is not an admission of guilt. It means simply that he does not contest that the State would present evidence at a new trial from witnesses who said he committed this crime. Mr. Woodfox continues, as he always has, to maintain his innocence.

He was the United States’ longest serving prisoner held in isolation. Nearly every day for more than half of his life, Albert Woodfox woke up in a cell the size of a parking space, surrounded by concrete and steel.

Tomorrow morning, for the first time in more than four decades, he will be able to walk outside and look up into the sky.

Over the course of nearly five years working on Albert Woodfox’s case at Amnesty, I heard many times that the odds were insurmountable.

But I always knew that Albert Woodfox would go home.

I have seen the incredible power of our movement when we work together.

I have seen the courage humility, and determination of so many of you who have played big and small roles to help this historic human rights victory come to fruition.

I have seen the unbelievable strength of the Angola 3: Robert King, Herman Wallace, and Albert Woodfox himself—all three of whom endured nightmares but persevered with humor, dignity, and resolve to wage a relentless fight against the cruel, inhuman and degrading practice of prolonged solitary confinement in the United States.

With the knowledge of his release, Albert had this message for those who have helped him secure his freedom:

I want to thank my brother Michael for sticking with me all these years, and Robert King, who wrongly spent nearly 30 years in solitary. I could not have survived without their courageous support, along with the support of my dear friend Herman Wallace, who passed away in 2013. I also wish to thank the many members of the International Coalition to Free the Angola 3, Amnesty International, and the Roddick Foundation, all of whom supported me through this long struggle. Lastly, I thank William Sothern, Rob McDuff and my lawyers at Squire Patton Boggs and Sanford Heisler Kimpel for never giving up. Although I was looking forward to proving my innocence at a new trial, concerns about my health and my age have caused me to resolve this case now and obtain my release with this no-contest plea to lesser charges. I hope the events of today will bring closure to many.

I’m carrying those words with me today as we celebrate this victory.