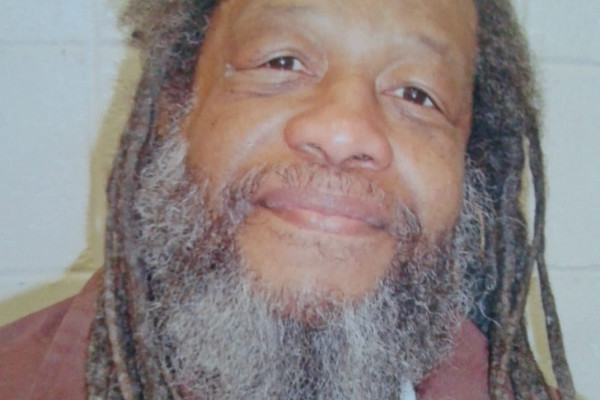 The MOVE Organization would like to bring to people's attention a very dangerous situation that is currently occurring with our Brother Delbert Africa. For the past two weeks Delbert has been suffering from severe swelling from the bottom of his waist all the way down to his toes. For the past two weeks prison officials at SCI Dallas have ignored Delbert's request for medical until this past week when several calls were made to his counselor. A medical visit was finally scheduled for this past Wednesday 7/31/2019 where it was explained to Delbert that he has a fluid build up which required to be drained. Delbert was immediately taken to an outside hospital; as of today 8/3/2019 we still do not know where Delbert is.

For several days now Delbert has been kept incommunicado from calling his MOVE Family, His Blood Daughter, and even his lawyer. Prison officials and also hospital officials will not give any one information pertaining to where Delbert is at.

Something very suspicious is happening here and it appears the same pattern that occurred with Phil Africa in 2015 where a simple stomach virus turned to a weeklong trip to the outside hospital held incommunicado from family and friends to return back to the prison and be placed in hospice care and to only die a day later. In 1998 Merle Africa who had a stomach virus was forced in her cell and told she was dying only to die a couple of hours later.

This system has no issue with murdering MOVE people and that's what they are trying to do with Delbert now. They have already given ground by letting innocent MOVE people out on parole and they do not want to do this with Delbert. As we said before, this system has always seen Delbert as the leader and isolated him and this latest tactic is no different. Delbert is set to go before the board this September after winning his appeal; now this happens.

As of now, we have heard that it has been stated based on the medical report given from Outside medical they are stating that Delbert has Anemia, High Potassium, High Psa's, Acute malignancy of lower intestines, Kidney Trouble, and Suspicion of prostate cancer. The only thing that Delbert has agreed to with any treatment or exams is the submission of a catheter to be used.

Delbert has requested a phone call to his MOVE Family, which neither the prison nor the hospital will allow. We are highly suspicious that this prison has done something to Delbert to bring on these symptoms so quickly. They could not kill Delbert August 8th after the brutal beating they gave him and now they want to finish the job before he can come home on parole.

These officials are so arrogant; this is the same way they murdered Phil Africa and Merle Africa .

As we have stated before, they have isolated our Brother so they can kill him. They won't let anyone speak to him. This is very dangerous!!!

We need people now to call

We want people to demand that Delbert Orr Africa #AM 4895 be allowed to call his MOVE Family and let them know what's going on.

Even Though it's the weekend we are still asking people to call and Monday we are going full blast .