On Tuesday, October 26, a group of lawmakers sent a letter to President Biden advocating for the release of Turtle Mountain Chippewa member Leonard Peltier. The group of lawmakers are all members of federally recognized tribes and represent 10 separate state governments. 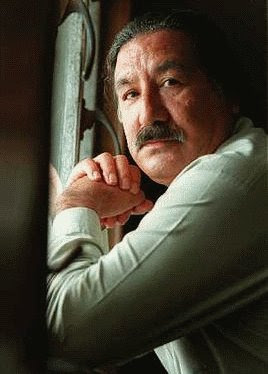 The effort was largely organized by North Dakota Representative Ruth Buffalo (D-Fargo). Buffalo is a member of the Mandan, Hidatsa, and Arikara Nations and is the first female Native American Democrat elected to the North Dakota Legislature, in December 2018.

“Leonard is an elder of very poor health and is from a Tribal Nation located within my home state of North Dakota,” said Rep. Buffalo to Native News Online. “He is housed in a facility with inhumane living conditions, where COVID-19 runs rampant and the water is contaminated.”

The letter of support for the Turtle Mountain Chippewa activist and political prisoner comes weeks after 11 members of Congress sent a letter to President Joe Biden, U.S. Attorney General Merrick Garland, Director of Federal Bureau of Prisons Michael Carvajal, and Southeast Regional Director of Federal Bureau of Prisons J.A. Keller, requesting the expedited release and clemency for Peltier. He suffers from diabetes and an abdominal aortic aneurysm. He is 77 years old.

Peltier was convicted and sentenced to two life sentences in 1977 for the murders of Federal Bureau of Investigation (FBI) agents Ronald Williams and Jack Coler. The agents were killed on June 26, 1975 during a confrontation with members of the American Indian Movement (AIM) on the Pine Ridge Indian reservation in 1975.

“We join the millions from around the world in calling for his release. We are simply asking the Bureau of Prisons to follow their own rules and release him,” said Buffalo. “Let’s do what is right. Peltier has spent 44 years in prison, and in the interests of justice and on humanitarian grounds, must be released.”

Separate from the letter, during Amnesty International Virtual Activism Conference held last Saturday, a panel entitle, “Leonard Peltier: 46 Years of Injustice” in conversation with panelists Jean Roach, who was a teen on the scene of the incident at Oglala, Lenny Foster, Peltier’s spiritual adviser, and former federal district court  Judge Kevin Sharp.

Sharp recalled how he first went through Peltier’s file over the course of eight to ten hours.

“As a former federal judge and doing that as a former member of the military and doing that as a former attorney for Congress. All three of those jobs required me swear to uphold the Constitution of the United States. As I went through this file, I am appalled at what I see. There were mistakes by the U.S. Attorney’s Office and even the judge,” Sharp said. After reading the file, Sharp agreed to become Peltier’s attorney on a pro-bono basis.

The Native American state lawmakers’ letter ends with a plea to President Biden.

“We ask you, Mr. President, to do what is right. Let Mr. Peltier go home and live his final years among his people as an act of grace and compassion,” the concludes.

Others who have signed the letter are:

Darren Thompson (Lac du Flambeau Ojibwe) is a freelance journalist and based in the Twin Cities of Minnesota, where he also contributes to Unicorn Riot, an alternative media publication. Thompson has reported on political unrest, tribal sovereignty, and Indigenous issues for the Aboriginal Peoples Television Network, Indian Country Today, Native News Online, Powwows.com and Unicorn Riot. He has contributed to the New York Times, the Washington Post, and Voice of America on various Indigenous issues in international conversation. He has a bachelor’s degree in Criminology & Law Studies from Marquette University in Milwaukee, Wisconsin.
Medical Justice, Prisoner Abuse, Prisoner Resistance