ONE VOICE FOR OSCAR 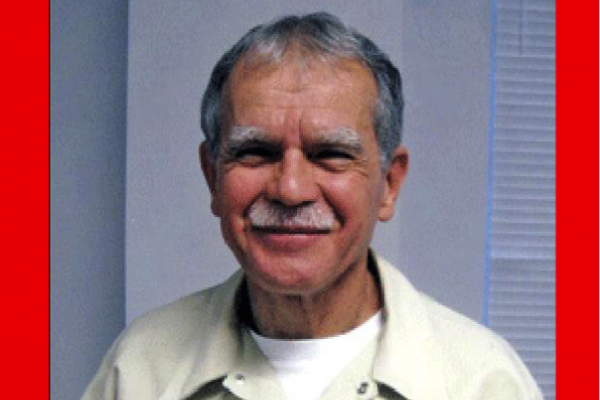 On May 30th, in the streets of West and El Barrio (East Harlem), community activists, churches, activists, labor and federal, state and local elected officials came together for the freedom of Puerto Rican political prisoner Oscar López Rivera.

The march began at 125th and Adam Clayton Powell Blvd. to 106th and Lexington Avenue. A well organized, spirited and human rights march left a historical imprint. This is the first time a march of this magnitude has taken place demanding the freedom of a Puerto Rican political prisoner has taken place. Oscar, who has endured 34 years in US prisons- 12 of them in control unit prisons and solitary confinement- was convicted of "seditious conspiracy" for struggling for the freedom of his homeland, Puerto Rico.

While 5,000 marched through Harlem to rally in El Barrio, the May 30th Coalition reached 5.5 million Twitter accounts using the hashtag #freeoscarlopez. This extraordinary achievement was made possible by its member organizations- faith-based, labor, community, student and Latin American organizations using the same hashtag in addition to local, state and federal elected officials.

With no break, the Coalition is organizing a contingent of 1,000 Oscar supporters for the National Puerto Rican Parade. Come join us so we can proclaim in "One Voice" FREE OSCAR LOPEZ.

Details in next Tuesday's issue of The Water's Edge.

"ONE VOICE FOR OSCAR" Freedom Now!

In the city of skyscrapers, the "Coalition May 30, 2015" took to the streets in a mobilization with 5,000 people with the theme of "ONE VOICE FOR OSCAR". This is the first time that a march of this magnitude takes place in New York City demanding the release of a Puerto Rican political prisoner casting a historic impression in Harlem.

Oscar at the age of 72 years has suffered 34 years in prison in the United States,-12 of them in the control unit in solitary confinement.  He was sentenced to 70 years in prison. He was convicted of the crime "seditious conspiracy" for fighting for the freedom of their homeland, Puerto Rico.

The march began at 125th Street and Adam Clayton Powell Jr. Avenue in West Harlem down to 106th Street and Lexington Avenue in El Barrio. The march was marked with full of patriotic spirit and fervor voiced with the slogans: "Free, Oscar-Free Oscar", "We believe in human rights-So for Oscar we will fight!" and "New York City is the key, to set Oscar López Free" and "We raise one voice and we say- Set Oscar López free today!"

This remarkable achievement was made possible by the more than two dozens of elected officials at the federal, state and city level, groups of 33 churches for Oscar, labor organizations, community organizations, student and Latin American organizations.

Other rhythmic slogans repeatedly were heard with the sounds of the pleneros of the El Maestro Group, Herencia de Mi Tambor and Pleneros de la 21. The march was filled with the echoes of chants describing the beginning of 34 years of imprisonment, "For Oscar it's year 34-His freedom's what we're marching for!" "34 -NO MORE! ","Obama listen to us, 34 years is long enough! And "Leader, fighter, Vietnam Vet-His sacrifice we won't forget!"

As we march through the streets, it was visible the many tenants in public housing projects demonstrating  their solidarity by displaying the Puerto Rican flag out their windows and chanting "Free Oscar".

The rally on 106th Street was nurtured with messages of solidarity and a cultural component in the Latino barrio.  All the clamored for the release for Oscar López Rivera. The program reflected the diversity of the supporters of this great humanitarian gesture. It began with drums hosting the celebration our existing African-indigenous influence in a forceful drive for Oscar. The program was moderated by Professor Ana M. López, spokesman for the NY Coordinator for the freedom of Oscar López Rivera and one of the main organizers of the Coalition May 30 who welcomed and congratulated all the organizers of a march. There were many messages of high caliber and moving.

Maria de los Angeles Vives of the Spanish Evangelical Church of the Bronx, another moderator, began with the presentation of Senator Ruben Diaz who gave the invocation. The senator is the State of New York since 2002, he is an ordained minister and president of the Hispanic Clergy Organization New York, consisting of 150 Pentecostal ministers of the tri-state area. Other representatives of clerics like Reverend Raymond Rivera (Latino Pastoral Action Center) and Danilo LaChapel (Bronx Spanish Evangelical Church) and Rev. Francois III (First Corinthian Baptist Church) who led his choir to sing a song of love for humanity gave messages of clamor for clemency.

The program continued with the president of the city council of New York, Melissa Mark-Viverito who

has taken a stand in favor of Oscar's freedom for some time now. She spoke of her recent visit to Oscar in the prison of Terra Haute, Indiana and her belief in social justice and human rights. Mark-Viverito said: "the humanitarian case of Oscar López Rivera is a priority". The president of the Jewish caucus of NYC, Mark Levine gave his message of solidarity with the same conviction in both languages. The two Congresspersons José Serrano and Nydia Velázquez said that "President Obama cannot ignore us any more" and urged the matter of clemency of Oscar López Rivera. All send a message of optimism. They explained that they were working arduously for the presidential pardon. José Serrano spoke of already imagining Oscar's return to Puerto Rico.

Natasha Bannan, Esq., related the message of the 34mujeresnycXOscar, a group of women which have established a monthly ritual of protest in different parts of the city demanding freedom for Oscar.

Matt Meyer of the War Resisters League and member of the coalition was the next moderator to present Jose Rivera, state assemblyman and supporter more than 40 years on the question of Puerto Rican political prisoners. Jose Rivera said "we do not come to beg, we come to demand the release of Oscar, that we owe nothing to any political party, to the contrary, they owe us, especially the Puerto Ricans people when they want our vote for the next presidential elections." Others, like Rosie Mendez, NY municipal council also urged unity for the release of Oscar.  A special

Elected officials in other cities also echoed their support for the release of Oscar. Deputy Mayor of Newark-Jacqueline Quiles and James Flores of Connecticut. The campaign for Oscar's freedom has stretched through the eastern corridor.

The center of attraction was when Clarisa López Ramos, daughter of Oscar, had her turn. She read a letter from Oscar that was emotionally received. Oscar tells us:

When i was arrested on the 29th of May, 1981, i had no idea i was going to spend 34 years and counting in prison.  What i knew and anticipated was that i was going to be facing very hard and difficult challenges that were going to require lots of inner strength, spiritual and mental fortitude and discipline if i were going to deal with and try to transcend them.  i also knew i had to prepare and to start doing it from that moment on.

Later in his letter, he says:

... And I can say that no matter what the future brings. I can walk every day with my honor, dignity and courage intact and strong. Let us dare to fight, let's dare to win. Resistance and struggle, OLR.

We had the presentation of composers and singers of songs dedicated to Oscar. Composers, like Yova Rodríguez, Luís Enrique Romero, and Gabriel Miranda. The cultural program was moderated by the beloved community leader Fernando "Ponce" Laspina, Executive Director of the Cultural Center El maestro and from the NY Coordinator.

We were startled with the presence of other cities of ranging from A-V who arrived with great sacrifice to New York. Those cities with people that traveled from far away were Allentown, Pa, Atlanta, Georgia, Boston, Cleveland, Chicago, Ill, Connecticut, Detroit, Michigan, Los Angeles, California, Pittsburgh, Philadelphia (came with 3 buses), Fitchburg, Mass, ten villages of New Jersey and Vermont. Organizations like Chicago Aspira provided support to mobilize youth from Chicago.

We closed the program with Jose E. López, brother of Oscar, with students from Chicago and rhythms of the pleneros filled with love, solidarity and hope that Oscar López Rivera will be home soon!

We are writing to thank you for your part in making the May 30th mobilization to Free Oscar López Rivera a success. But thanks is more than in order. There is much to evaluate regarding the strengths and weaknesses of our efforts, and much work still to be done to ensure Oscar's freedom.

It is clear that together we built a demonstration of a magnitude never seen in New York City before. The May 30th Coalition included, at our base, most of those one might expect to support Oscar's freedom. However, also at our earliest stages, we had the beginnings of labor, electoral, religious and community engagement which were to grow over the months of building the campaign. Bringing close to 5000 people out for the march and rally was historic; having the action covered in positive reports on the cover and page four of El Diario, as a feature on NY1 television, and in over 5.4 million tweets surpassed our original hopes and expectations.

These efforts were completed with very little staffing, and with less money than these efforts usually require. We were able to do this primarily because of the generosity of our union sponsors and the many grassroots cash contributions from endorsing and sponsoring organizations. There is, however, still some outstanding debts - and, perhaps more importantly, no seed money available for the ongoing work of the coalition including the plans for late 2015 and 2016 mobilizations.

To help with this, a signed limited edition Oscar print has been donated by Elizam Escobar, and we hope that you can purchase at least one of these wonderful investments. In addition, for any organization which pledged a contribution for their sponsoring or endorsing fee but were not yet able to pay it, please make sure you get those monies to us as soon as possible. No group was left off the various announcements for lack of funds. Make checks payable to El Maestro, and send to 1300 Southern Boulevard, Bronx, NY 10459. In the memo please write "Free OLR".

Finally, please attend or send a representative to the important follow-up meeting of the Coalition, to evaluate our efforts and discuss our next steps. It will be taking place on Wednesday, June 10, 6 pm, at Hostos Community College, 500 Grand Concourse, Bronx, NY, Room B501 on the 5th floor. We look forward to seeing you there, as we continue the struggle to bring Oscar López Rivera home.

For the May 30th Coalition to Free Oscar Lopez Rivera