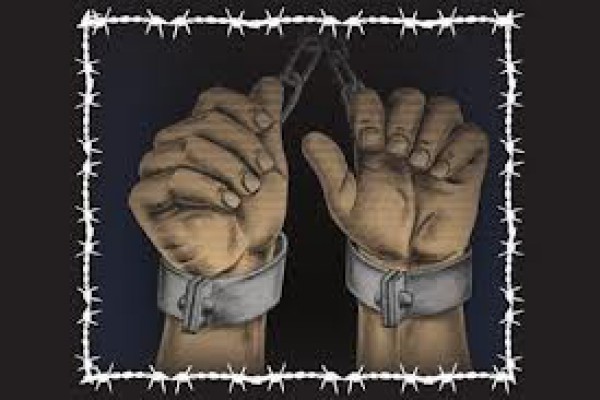 Albert Woodfox sits alone in a cell smaller than the average parking space. Unless it is one of the three days that he gets to stretch his legs in the prison yard, the 68-year-old will likely remain caged in these conditions for 24 hours today. The four walls are solid – save a single small window that looks onto the parking lot – as is the metal door in front of him. His isolation is complete, even from other prisoners in nearby cells. He has spent more than half of his life in this nightmare.

The UN Special Rapporteur on Torture has specifically condemned Woodfox’s treatment as torture and called on the United States to eliminate the use of prolonged isolation. Albert’s case has returned to the spotlight in the past month because he is no longer a convicted man – a federal judge ordered his unconditional release in early June, two years after his conviction had been overturned for a third time (a last-minute appeal kept him behind bars). The ruling on Albert’s behalf came only two days after the devastating news that 22-year-old Kalief Browder killed himself. Browder wasn’t guilty of a crime – in fact, he was never even convicted. A judge eventually dismissed his case, but only after he had spent two years in solitary confinement for fighting with other inmates inside the notoriously brutal prison.

Their stories further illuminate the need for urgent and long-overdue reform of the United States’ use of prolonged solitary confinement. Albert and Kalief’s ordeals are particularly devastating because of their strong arguments of innocence and the glaring flaws their cases expose in the criminal justice system. But solitary confinement is a grave human rights abuse for guilty and innocent alike. No human being should face the prospect of years, or decades, in a cage without meaningful human contact, battling the very real prospect of being overtaken by insanity.

Numbers alone make the human cost of solitary confinement devastatingly clear. Half of all successful suicides in US prisons occur in solitary cells. With an estimated 2.4m people behind bars in the United States, isolated prisoners make up only about 3% of the entire prison population. And if that human price isn’t compelling enough, the financial arguments may be: the independent advocacy projectSolitary Watch has documented available figures from key states and the federal system, painting a picture of an extravagantly expensive practice that only increases recidivism and fails to reduce violence. Although there are few available numbers, one study estimated that the annual per-cell costof a Supermax prison is about $75,000, compared to $25,000 for each cell in a prison not designed specifically for solitary confinement. They are also estimated to be about two to three times more costly to build.

Because mass incarceration in the United States is particularly devastating for communities of color, it’s not surprising that race is an important part of both Albert Woodfox and Kalief Browder’s stories.

Browder was consumed by a system in which racial profiling and excessively high bail thrust a child into a degrading, dehumanizing prison system. Woodfox is the co-founder of the first prison chapter of the Black Panther Party and has been zealously pursued and publicly maligned by a Louisiana attorney general through two overturned convictions, despite the doubt that has clouded his case for decades. While the demographic information about prisoners in solitary confinement is scarce, itseems to suggest that their cases are emblematic of a general overrepresentation of people of color in solitary confinement in the US.

Despite all this evidence that solitary is unfairly used and disproportionately affects people of color, states are not required to keep statistics on the numbers of prisoners held in segregated facilities, the demographics of those prisoners, the length of confinement they have endured, the effectiveness of programs instituted, the overall costs or the impact on prisoners and overall prison safety. The federal system lacks clear internal review procedures and monitoring for mentally ill prisoners. Human rights organizations like Amnesty International and the UN expert on torture have specifically condemnedthe use of solitary confinement for juveniles or mentally disabled prisoners.

It is time to develop national guidelines to limit the use of solitary or isolated confinement so that we can ensure that it is imposed only as a last resort – and never indefinitely. The dehumanisation, degradation and deprivation typified by the prolonged isolation of prisoners in the US prison system is akin to sentencing a prisoner to stand on the knife’s edge of insanity and waiting to see if they stumble. It cannot, and must not, be the status quo.