We are launching a 2 week email campaign to target James Basinger, the deputy commissioner of operations 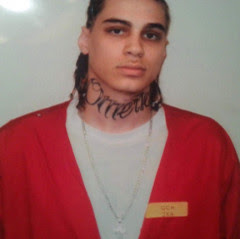 We are launching a 2 week email campaign to target James Basinger, the deputy commissioner of operations, in regards to the Northern Regional director recently denying Kwame Beans Shakur release from solitary confinement.

It is imperative that everyone send out this email this weekend for Kwame:

My name is (First Name Last Name) from (City, State). I am a concerned supporter of Mr. Kwame Shakur (Michael Joyner #149677). He has been conduct clear for 18 months and successfully completed the ACT program. He was recommended and approved for a transfer by the Warden of Wabash Valley Correctional facility.

Other individuals who completed the program and who had also received their transportation papers were transferred on Thursday, Nov 10th. An attorney for Mr. Joyner spoke with the Warden at Wabash Correctional on 11/10/22 and was informed that central office denied the transfer in contrast with the facility’s recommendations. We are seeking transparency as to why Mr. Joyner is being discriminated against and being subjected to further solitary confinement.

An attorney for Mr. Joyner was originally told that he was being denied transfer to do phase 5 of the ACT program at New Castle and was being placed on department wide administrative segregation to complete phase 5 in the SHU. Mr. Joyner has not received any reclassification papers. He recently received his 30 day review on 12/08/2022 stating that he is still pending transfer to go do phase 5 at another facility. His caseworker, B. Trimble, had stated that he is still in the system as pending transfer and that phase 5 does not exist in the SHU. This appears to be a case of excessive confinement and a violation of his due process (with no justification) at the direction of Northern Regional Director, William Wilson. These issues raise further suspicion as to why the Northern District Regional Director is making decisions regarding an inmate in the Southern District.