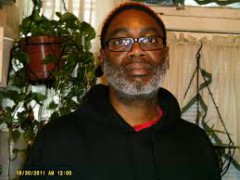 As Salaam Alaikum Brothers and Sisters

My Name is Abdul Jabbar Caliph and I will be severing as the Co-Chair of the Jericho Amnesty Movement for the next two years. I have been involved in the struggle for the freedom of political prisoners/prisoners of war for the past few years now. I first became involved in the political prisoners movement through working on Marshall Eddie Conway’s case with Nnamdi Lumumba, Ameejill Whitlock, Dr. Ken Morgan, Akili Shakur and a host of other comrades here in Baltimore, Maryland.

We then move on to form our own chapter the Maryland State Jericho Amnesty Movement (MSJAM). I was then chosen by the comrades on the executive steering committee a year later to assist in the development and establishment of political campaigns that would call awareness to the plight of our political prisoners and work to ensuring the freedom of our comrades. Our first project was the establishment of the National Assata Shakur Liberations Day, an event that has been hosted for the past few years in Washington, DC.

Our second task was the accomplishment was to me was sending Chairman Jihad Abdulmumit over to Geneva, Switzerland last year to advocate (fight) for the freedom of all our political prisoners/prisoners of war held under the jurisdiction of the United States of America, federal and state. These comrades were victims of a government sanctioned FBI counterintelligence program known as COINTELPRO which used illegal tactics such as assassination; forcing comrades into exile and the illegal incarceration of many of them.

Our greatest accomplishment to me was the establishment of the National Coalition for Truth and Reconciliation Commission (NCTRC) which was developed through a partnership between the Jericho Amnesty Movement and the Family and Friends Support Committee of Dr. Mutulu Shakur. The concept is bring internal attention on the plight of our political prisoners/prisoners of war in order to bring pressure on the United States to release them while garnishing support for the immediate release.

My immediate concern is the freedom of all of these comrades and to hope to see them walk among us as free men and women. I can be reached at 610-621-0699 at anytime, day or night-Uhuru Sasa (Freedom Now)!