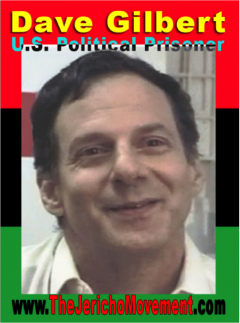 “The starting point for me is identifying with other people. That solidarity, that tenderness, mandates standing with the oppressed—the vast majority—against the power structure…The Civil Rights Movement also showed me more of a sense of humanity and nobility of purpose than I found in the white suburbs where I grew up.”*

The starting point for me is a deep identification with other people. That solidarity, that tenderness, means always standing with the oppressed. The children suffering malnutrition in Africa, the women and girls sold into sexual bondage in Thailand, the orphans scavenging in the streets of Sao Paulo, the gay man beaten to death in Wyoming, those still homeless in New Orleans due to the man-made disaster that followed hurricane Katrina … they are all precious human beings whose lives matter.

Reality burst into my consciousness with the Greensboro sit-in of February 1960, when I was 15. I guess I had been unusually naive in fervently believing in America’s rhetoric about democracy and equality. That promise was totally belied by the blatant racism, as well as the U.S. practice of imposing brutal dictatorships on Third World nations around the globe. The Civil Rights Movement also showed me a more profound sense of humanity and nobility of purpose than anything I’d found in the white suburbs where I’d grown up.

In 1962 I joined the Congress of Racial Equality, and in 1965 I started the Committee to End the War in Vietnam at Columbia University. I was a founding member of the SDS (Students for a Democratic Society) chapter there in 1965, wrote the first national SDS pamphlet to name the system as “U.S. Imperialism” in 1967, and participated in the Columbia strike of 1968. By the late 1960’s, the rise of the women’s movement combined with firm, constructive efforts by women comrades showed me the importance of opposing sexism and of striving to live our humanist values in our personal relationships.

In 1970, responding to the murderous government assault on the Black Liberation Movement and on the unending, massive bombings of Vietnam, some of us went underground to raise the level of resistance, forming the Weather Underground Organization, which functioned for 7 years. By the end of the 1970s, after the WUO dissolved, I tried to work more directly as an ally of the black liberation struggle. On 10/20/81 I was captured when a unit of the Black Liberation Army and allied white revolutionaries attempted to take funds from a Brinks truck, with the tragic results of a shoot-out in which a guard and two policemen were killed. Subsequently, Mtayari Shabaka Sundiata was killed by police, while many other comrades were captured and given long sentences. I was convicted under New York’s “Felony Murder” law. That means that even with no allegations of doing any shooting, any participant in a robbery bears full legal responsibility for all the deaths that occur. I was given 75 years to life and cannot even be considered for parole before 2056. Any hope for my eventual release is totally bound up with qualitative social change for all, advances big enough to lead to the recognition of PPs in the U.S. and/or major reform of draconian sentencing structures.

In prison, I’ve tried to continue to contribute to the struggle through my political writings and through correspondence with younger generation activists. Also, after my co-defendant Kuwasi Balagoon died of AIDS on 12/13/86, I became a pioneer in initiating peer AIDS education programs in prisons and did intense AIDS counseling and education work for the next 13 years.

Kathy Boudin and I have a son, Chesa, who was only 14 months old when we were busted. He was raised as part of the family of our close friends and has grown to be an accomplished, caring and thoughtful young man. Thanks to him and also the many fine family and friends who’ve stood by me, I’m blessed with a tremendous amount of love in my life. Recently family and friends have formed a group to provide support and look out for my legal interests. They can be reached at: