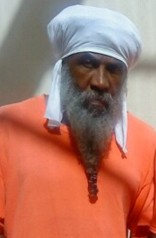 A history of the "Virgin Island Five", a group of activists accused of murdering eight people in the U.S. Virgin Islands. The murders took place during a turbulent period of rebellion on the Islands. The island was put under virtual martial law, and eventually five men: Ismail Ali, Warren (Aziz) Ballantine, Meral (Malik) Smith, Raphael (Kwesi) Joseph, and Hanif Shabazz Bey were apprehended and then charged with the attack. All the men were known supporters of the Virgin Island independence movement.

The five were charged after being subjected to vicious torture, in order to extract confessions. They were beaten, hung from their feet and necks from trees, subject to electric shocks with "cattle prods", had plastic bags tied over their heads and had water forced up their noses by the "defenders of the law." The judge (Warren Young) overlooking the case prior to being placed on the federal bench worked as Rockefeller's private attorney and and even handled legal matters for the Fountain Valley Golf Course. Eventually, the five went to trial in what became known as the "Fountain Valley" murder trial. This was an obvious Kangaroo Court and a mockery of any sense of a fair trial. On August 13, 1973, each of the five men convicted and sentenced to eight (8) consecutive life terms.